It gets to 3am once again and I am wide awake yet really tired at the same time. I try settling down, I lay down ready to sleep and nothing… I just lay there seeing the insides of my eye lids not getting to the dreamworld I love.

I used to be able to just go to bed and think sleep and I was asleep and in a dream world. Lately I just can not get to sleep on a night… My semi regular hours have been getting to sleep at the early time of 3am [latest was 5:30am] and up for work by 8am latest.

Its not good, or maybe it is if I can get control over it, if I could manage it so sleep earlier and up earlier I could go swimming or something but its always the other way round and swimming places arn’t open in the middle of the night – or not here or close by. 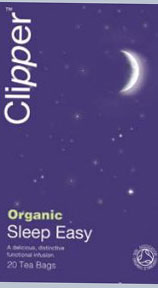 So now I write random thoughts… and what i’m up to as trying to get to sleep without success – maybe too much on my mind – then again maybe not.

I’ve been trying a Clipper Tea, thats meant to help calm mind ready to sleep – it tastes really nice, its called “Sleep Easy Tea” – Its got a varety of ingredients including Cinnamon*, Chamomile(25%)*, Honeybush*, Lemon balm*(5%), Valerian root* – All that help sleep apparently.

Its a nice tea. I’ve cut down on chocolate, and cafeen/sugar especially after 16:00 but its not working. I don’t want to cut it out completly – I like me chocolate and stuff. 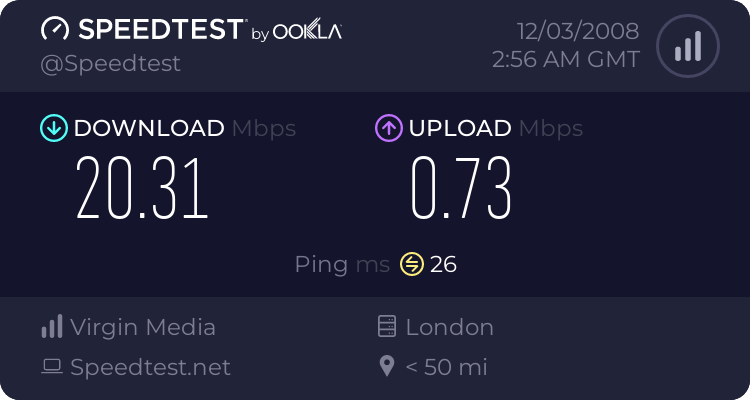 My internet seemed to be running slow for 3am in the morning so I ran a test… Apparently its working great.

Maybe its to do with the weather, Just had a look outside and its very white. Really glad I chose to put the car in the garage again tonight – it would take me ages to sort in the morning.