I’ve been reading how so many people find it wrong that people working in the Public Sector are striking due to changes in their pensions. I work partly in the public sector and I am affected by the changes if only a little. I have friends that are and have been working in their jobs for many years putting money into their pensions. This is not the state pensions, this is something more. 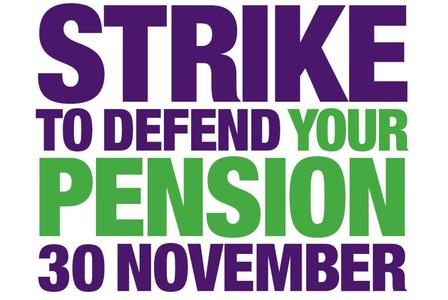 I see people arguing that they shouldn’t be disrupting the public services and should just go with it. Would you have a problem if you were buying a car or a house or something else and you had paid for months, even years to an agreed outcome… you will get that item at the end of it all and while you have been paying your part in, someone decides to change the terms. Its not that you won’t get something at the end of it all, just that you won’t quite get what you were expecting and a few other things… It will take you longer to get it and the price has changed… Would you be happy with that? I know I wouldn’t and generally in UK Law that would break all sorts of terms of the contract.

Think of a holiday, you’ve been paying to go on this holiday all year, you know that on the 30th November that you will be going on an all inclusive holiday and everything is pre paid for, your not going to need anything more because you’ve already paid for it. Then someone changes the “contract”, you no longer get to go on holiday on the 30th November, now you have to wait til January, you have to pay more each month as the price has changed and its no longer all inclusive, you have to pay for stuff now as the value has changed… Would you be happy with that?

Is it wrong that schools are closed and people are off work as people strike, is it creating issues? If it didn’t cause any issues, would it even be noticed?

A day lost of education for children or anyone learning… yet last year, and even next year there is an extra bank holiday due to the Royal Wedding last year and next year the Queen’s Diamond Jubilee – these also lose an extra day for education but thats fine as everyone gets a day off… we still lose a day but its not about peoples unhappyness so thats OK.

Regarding pensions in general, I started mine in my early 20’s and I’m only in my early 30’s now but always put something aside and that is seperate to the state pension that we all have to pay into (if we work). In all my part time jobs, I have a pension in them – I pay something into it if only a little. These changes don’t directly effect me immediately as I am on a relatively low wage for those jobs but I will have to work years more than I joined up for.

I can remember times in the 80s when my parents were on strike and it was a hard time then. House interest rates were huge often having a number one or two before the current rates. Wages were a lot worse and people were suffering. People are still suffering although life has changed a lot since then.

Often the government and a lot of people don’t see the Public sector makes any money so they are not important but take a day like the 30th November 2011 where there is a strike against pensions and people are not working, there are quotes of costs lost… if the public sector doesn’t do money… how does it lose money by not providing their service? The services they provide, allow the private sector to work and without them it does cost so in reality they do provide some actual cost.

I have lots of views on these things but can’t explain them all. There are so many complication involved its hard to explain them and so I leave it as this. These are my personal views but that doesn’t mean they are wrong.