Had a good start to the day, no sleep in but woke up generally refreshed and ready to go. Saw family and friends during the day and went out in the evening.

I got some interesting gifts, quite unique but liked. Wall art, flying monkey, clothing, electricals and some money.

The plan was Go out to a pub or few and have some drinks – head back to home and have some more drink and some food and chill out.

Well that was the plan… Not many people turned up – many called in ill or couldn’t make it. Some wanted us to pick them up to get there… Don’t know how they expected us to be getting there but nevermind. We don’t do Drink Driving – its just not a good idea.

A few came out and it was a small gathering but was good all the same. Some people seemed disapointed by turnout for me but I was happy – I had a very nice night.

We ended up staying out and staying in one pub.. We got some seating early on and watched as the rest of the place filled up but we kept our seating and had lots of drinks.

I didn’t get drunk. I got merry and kept there. I had several alcho-pop sweet drinks and several shots – cinamon and other flavours – they were very tasty.

I watched as many got drunk around me – and was strange to see – I don’t think I like to get drunk… Merry/Tipsy – yes – but drunk – no! There is no point.

At the end of the night… we went back to mine… and had a few drinks but it was only the few of us that went out originally. Many that said they were coming texted to say they were not anymore – oh well.. Nevermind.

I still hope to see people – I’ve not seen many in ages. I have been promised food for other times so that should be good 🙂

I had a good day and night and woke up the next day without any headache which to be honest was nice. I’ve had headaches a long time so the wake up with calmness was very nice.

I am thankful for those that turned up… You made it really good – thank you.

Cold. No snow, no rain, calm – so the snow was cleared and quite nice except cold 🙂

I am there.. I am 30 now… No longer in my 20’s – Am I young still? or and I old? kinda in the middle of both I think but not really feeling much different.

Just looking at life, and where I am. Where i’ve been and where I could go… What I need to do now to get there.

I think that life is very different to the outlook on life I had as a child/teen.

I look forward to the rest of the year… as everyone else catches up to being 30… A few have made it already before me.

The weather here has been very calm over the last week or so we had one day of snow and then it was gone… A true Snow day.

Its one day to go before my birthday, not sure what will happen on the supposive night out – will probably turn to more a night in and hope people will come on over instead.

The weather will be an impact too as now the place seems white and getting whiter. When I spoke with others they reckoned it wouldn’t lay… well thats a change to whats happening.

I’m quite excited to turning 30, not sure why exactly but its apparently a turning point in life.. Your not “OLD” but your not really counted as being particulary young either – your just alive and thats a good thing.

I like to watch dance, I like to do dance – I’d love to go see Riverdance somewhere close by [then I can drive back afterwards] – I’ve found there will be a performance in sunderland in April. I intend to go, if I have the cash and can get the tickets – the ticket site is down at the moment. 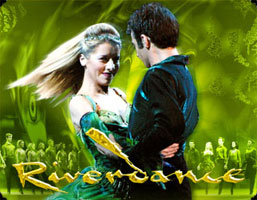 It should be an interesting night, something different… Something I may go alone, or take someone – who I wouldn’t like to guess. So just a notice really as a thought – The one I aimed for was on a monday night – different day really but only one that will fit around other plans.

I’ve thought for many years how amazing it is how people dance and can move in so many different formats – Street Dance, salsa, Ball room, Night clubs, as well as many other ways including traditional country dances. How the movement and fluidity of dance mixed with music can drive a passion within and a flow can be seen and felt.

So something different to go to. A change for a change 🙂

Until later… Thanks for the reading 🙂

As I settle down for the night, time coming up past 1am I get things ready for work tommorrow – the many layers, dinner, and putting keys out ready for a fast exit in the morning I ponder…

I look outside and see the snow… Lots and lots of snow… I looked out earlier and the paths were kinda white but you could still see the grass – Now there is no grass either just piles and piles of white snow. 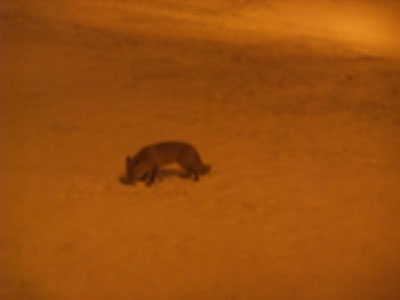 There is a fox out there too… Running round on the grass, stopping and eating something but I don’t know what. I tried to get a picture – Not sure how its came out. There is snow falling, with wet windows and a camera that you cant use flash on cos of snow and blinding white I wonder if it will come out or that you can see whats there.

It looked good, I stopped and watched and listen to the weather as it patters on the window.. The knowledge that I’m warm inside and its so cold outside is kinda comforting and relaxing at the same time… Just hope the heating works in the morning.

So good night for now, and as thoughts come they will appear online 🙂

Today I thought I went to church… I remembered waking up, turning the alarm off, having breakfast and heading to church… As I got there I opened the door of the building seeing people there ready to welcome in as usual and then there was a clock by my bed side saying it was 12:30 – kinda annoying.

I had missed the day, church was on around 10.15 to 12:30 ish – I had seen from their website that there was someone I liked to listen and learn from but that didn’t happen. Many people in church seem to talk in a way that depresses or bores you with almost the same tone for so long in talking. I get distracted very easily and my mind wanders and stop listening.

I enjoy the speakers at events such as IXth hour as they keep the audience inticed, and interested. I seem to learn better too as my mind is stimulated rather than lulled to a sleep.

I often think that I should go to church, before it was something you had to do, not by choice.

A long time ago, I learned that its the people not the place – the church but still its nice to have somewhere to go that you know there is people meeting with the same goals, and beliefs if only for a few hours each week.

Maybe i’m not where I’m meant to be yet… I’ll get there eventually I think. I want somewhere lively, active, and looking forward instead of just the polotics of how to do things.